2028 should see the realisation of the first hyperloop connection: a unique transportation system in which a pod travels substantially free of air resistance at extremely high speed through a sealed tube. However, before the world will actually witness this, much research is still to be carried out. On behalf of Hardt Hyperloop, based in the city of Delft, Subsidiefocus has applied for the MIT R&D subsidy.

In 2015, Elon Musk held a competition. He wanted to promote the development of the hyperloop, a transportation system which allows pods to travel through a tube at a hypersonic speed up to 1000 km/h. Musk built a test track next to the headquarters of his space company SpaceX and challenged students worldwide to design a pod. A team of students from Delft won the competition. After that victory, they received so many positive reactions that the team decided to set up Hardt, a company with a very ambitious objective:  the realisation of a European hyperloop network that will bring passengers within three hours to every European capital city.

Five years later, that dream has come a lot closer. Max Wink, business developer at Hardt, tells: “At Hardt, it is all about speed. And that not only applies to our tube, but also to the milestones we wish to achieve. Since our establishment in 2016, we have worked hard to improve the hyperloop system. We have presented a new tube and developed a unique lane-switch system. In addition, we are working on the development of electromagnetic levitation and propulsion to ensure that the vehicle can float through the tube. We have proven by now that this system functions at low speed. The next step will be testing at a speed of 700 km/h, which will make the hyperloop the fastest magnetic high-speed train in the world. This testing should take place in 2022 at the European Hyperloop Center, a test facility we hope to set up in the Dutch province of Groningen.”

So the technology is developing at high speed. And given the company’s ambitious timeline, the developments should take place at a high speed. Max Wink: “By the end of 2023, in Groningen, we want to transport the first package over a distance of three kilometres. Moreover, by 2028, the first hyperloop connection should be a reality, for example between the conurbation Randstad and Schiphol Airport. As for now, we are primarily focusing on the transport of time-sensitive cargo, such as flowers, packages, and medicines.  The transport of passengers will only be possible at a later phase. The arrival of the hyperloop is very important. Railways, roads, seaways and the air are becoming crowded. The hyperloop offers a very sustainable alternative to long railway distances and short distances by air.”

The hyperloop is a sustainable alternative thanks to its very low CO2 emissions, which is the result of the low-pressure environment. Vacuum pumps remove most of the air, thus reducing the air resistance. In addition, Hardt and Goudsmit Magnetic Systems are jointly working on a unique electromagnetic suspension and propulsion system. Magnets on the vehicle have to ensure that the vehicle is pushed through the tube. A very innovative project, for which Subsidiefocus applied for the MIT R&D subsidy Wink continues: “In order to make the hyperloop as sustainable and cheap as possible, the system has to become very energy-efficient. The project, for which we received the MIT grant, aims at measuring the amount of energy that is actually used. And that amount should be ten times less than the system that is currently in use in Shanghai.”

The MIT R&D scheme, intended to promote innovation in the top sectors, has helped Hardt to speed up the development. And they are very happy with that. “Through word of mouth, we were connected with Subsidiefocus. We had heard good things about them. Roy Hoven and Kristie Dekkers started up the subsidy trajectory for us, and we were very pleased with them. The cooperation had a lot of energy. At Hardt, we like sharing ideas and building further together. Very pragmatic really. Roy and Kristie also have a hands-on mentality. And that just suits us very well.” In 2021, the R&D project should be finished. Then another important milestone will be reached. “At Hardt, we really have a dream. That dream is that we will be able to export our knowledge about the hyperloop worldwide. Just like people look to the Netherlands when they think about building dikes. We want the same to apply for the techniques we are developing. Within a few years, we want people to stand in line for our knowledge.”

Also interesting for you

To find out more about the MIT subsidy, please contact Roy Hoven 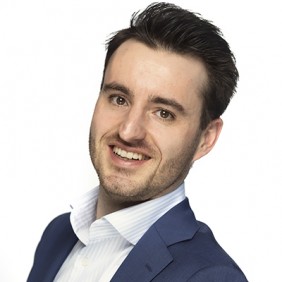 Read more about this subject